Every company owes their ability to begin, grow, and operate on one irreplaceable thing, Earth. We have one planet to grow our business on, work hard upon and live on; and with the concerns of climate change now at an all time high, it has never been more imperative for companies, large and small, to begin finding ways to make their operations more sustainable.

The wonderful part about living in the 21st century is that in recent years there has been a wave of sustainable innovation aiming to make every part of business operations healthier for the Earth. Three of the largest aspects of a company’s operations are: waste, energy, and transportation. There is only one business innovation that provides sustainable solutions to these three aspects: the Ferla X vending bike.

The Ferla X is the world’s first and best multi purpose vending bike with solar power. Whether you are a small business just starting up or are a big corporation consider moving aspects of your business to the Ferla X. With a one time cost of $4999, it is easy to use the Ferla X to start any business. The Ferla X can run on electricity or solar power so you can start your very own coffee or espresso shop! Use Ferla X to power your espresso machines, coffee machines, and any other machines your company may need to keep your business going. The countertop space is plentiful for you to set out sugar, coffee stirrers, cups, and maybe even some delicious pastries. With the Ferla X’s freezer package, start an ice cream business, gelato business, or frozen treat business. Or maybe start a cold brew business, kombucha business, or draft beer business with Ferla X’s tap installation. Or use the Ferla X to display food produce, clothing, cars, candy, or anything else in the world. If you are a big corporation, consider using the Ferla X to bring your product or service to the people of your city. Pedal to the beaches, Downtown, or your local parks to reach a wider audience. The Ferla X has all the tools to take your business mobile. Of course you can do all of this while saving the environment. The Ferla X cares about saving our planet and with its self-contained water system, solar energy system, and pollutant free bike feature, it does just that.

The Ferla X sink operates on a self-contained water system. A self-contained water system allows for water to be pumped to the sink through a continuous cycle, eliminating the need for the bike to be hooked up to risky water pipes. Water pipes allow for contamination, specifically copper contamination, that can make your business’ water taste bad and potentially break health codes. Using water pipes means that your business would be using new water with every turn on of the sink, causing a huge amount of water waste. Additionally, it takes a large amount of energy and carbon emissions for water to run through the filtration system to make it drinkable and usable for human use. Eliminating water waste would also eliminate the amount of energy used and therefore the amount of harmful gasses emitted into our atmosphere. The Ferla X self-contained water system allows your bike to reuse water throughout the day, eliminating unnecessary waste and conserving the 1% of fresh and usable water our planet has Clean your hands, dishes, and tabletop without having to worry about water waste. Of course, throughout the course of the day the usable water will begin to reduce as it turns and gets locked into the gray water tank. Gray water is the runoff water that has been contaminated from wash. Although, the water in the self-contained system is not infinitely reusable, it does help eliminate water waste significantly. Let that water you save stay where it belongs, with the Earth.

As many people know by now, solar energy is, simply put, energy generated from the sun, as opposed to energy generated from pollutant power plants. Solar energy can help companies join the fight against climate change by significantly reducing air pollution. Air pollution causes around 7 million premature deaths annually and is a driving force in our planet’s climbing temperature.

Power plants are a major source of air pollution. There are around 7,658 power plants in the United States alone and as of 2011 they have created 1.7 billion tons of toxic carbon dioxide emissions. Additionally, power plants, coal plants in particular, let out 500 tons of soot particles into the air, allowing harmful pollutants such as nitrogen oxides and sulfur dioxide to cling to our air. These harmful pollutants ruin our Earth’s air harming it and us by causing health issues such as: asthma, bronchitis, and even premature death. The list goes on and on about the types of pollutants that are emitted by power plants and switching to a solar system can significantly eliminate these dangerous toxins and cleanse our air back to the way it should be. The Ferla X allows your vending bike to run on completely reusable energy for hours on end. Run your coffee machines, smoothie machines, Ferla X freezer or any machine that fits your business with not only clean energy but a clean conscience that you are protecting our planet. The installation of the solar power system costs only $700, which in the long run will pay for itself, unless the sun starts asking for a salary. The solar panels are flexible, water proof, and easy to install; have solar energy in just five minutes. New businesses can save money in utility start up costs and large companies can eliminate harmful electricity usage by taking the Ferla X for a spin.

Ditch the commute and the gas and travel and move your business with the pollutant free bike of Ferla X. Bicycles have multiple environmental benefits. For starters they eliminate zero pollutants, eliminate the number of cars manufactured, therefore reducing the amount of harmful emissions by factories, and less cars on the road means less road deterioration which eliminates the need for constant concrete renewal. Additionally, as more cities turn to bikes, concrete is beginning to be eliminated all together, leaving room for grass, trees, and nature to grow in urban areas. The toxic chemicals given off by cars such as gas, anti-freeze, and oil often times runoff into waterways so riding a bike can eliminate water pollution as well. As someone who lives in a very urban area, noise pollution is a huge issue caused by car traffic. It keeps people awake, scares off animals, and all in all causes unnecessary and stressful ruckus throughout the day. Switching to bicycles can help keep your community a quiet and quaint place.

While the Ferla X bike can be manually pedaled, it is also able to come with a pedal assist (electric bike) feature. Now although this feature generates electricity, fear not, it is a zero emission battery, that runs on clean energy. Using electric bikes can eliminate an estimate of 500 pounds of carbon dioxide emission. Also, with the solar power system, the bike can also run on the sun’s 9 energy, ensuring your bike runs on clean and renewable energy. 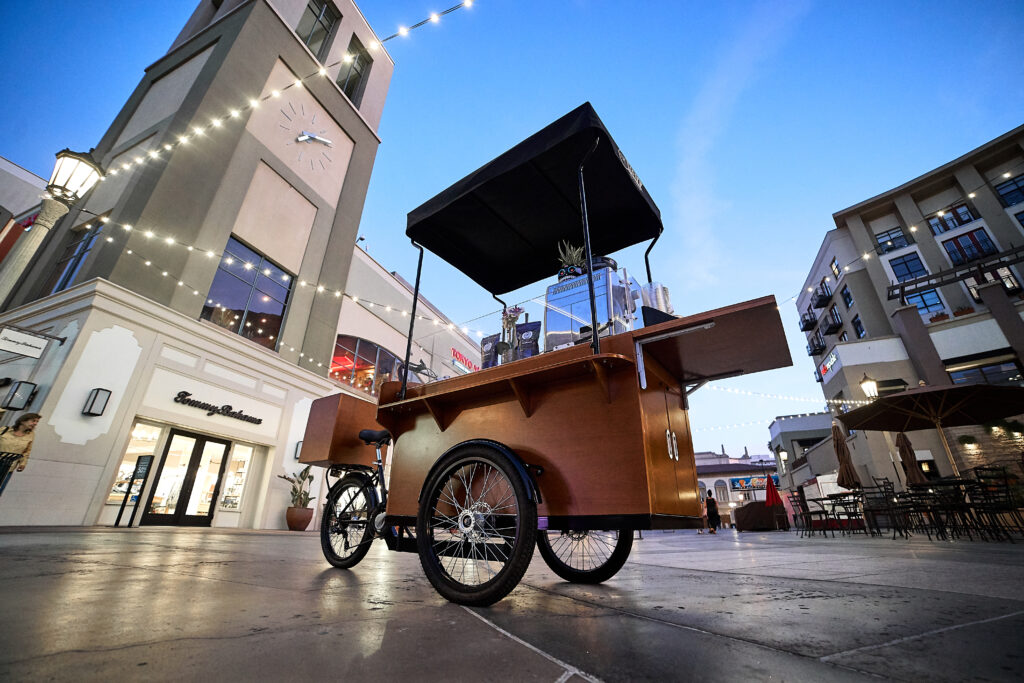 As you look at the ways in which the Ferla X was created with the environment in mind, it is hard to turn away. The Ferla X allows companies to become sustainable with their waste management, energy emission, and transportation. Not only that, but it allows companies to find creative and innovative ways to reach their customers and cut start-up and utility costs. Whether you are a small business or a large corporation the Ferla X is here to help everyone and anyone help their business and save our planet.

Be sure to follow the Ferla X on our site and all other Ferla innovations on all of our social 10 media platforms. We are excited to share our entrepreneurial and sustainable spirits with you!

Check Out the Ferla X
Spread the love